“For the first time, I think in the history of ever, an independent band is putting their vinyl out before the record comes out so a bunch of people got them yesterday or today, which is great. I didn’t want to have people that have to wait four months for their vinyl to come in. So we just really put the work in to do that. And then I’m dropping off a bunch of orders and then I’m mixing our Christmas song. So that’s my kind of thing with the local orders. I really like doing it. I’ll go drop them off myself. It’s my hometown, so I have a really good idea of where everything is. And so I’ll look at it and go, okay, this is on this side of town, this is on the south side of town. Then I’ll just kind of make a routing in my brain and go from there. So I’ll just hop in the car and I’ll just drop them off by just by hand.”

The Honest Heart Collective frontman, Ryan MacDonald is clearly excited about the release of his band’s third studio album More Harm, out now via AWAL.

If there’s any justice, the new album will take the Thunder Bay alt-rockers to another level. Reconnecting with JUNO-nominated producer Derek Hoffman (Arkells, The Darcys, The Trews), who worked on the band’s 2018 sophomore album Grief Rights, The Honest Heart Collective wanted to venture into new corners with More Harm, all while delivering a record tinged with hope. The album covers a lot of ground on topics like mental health, relationships, fading friendships and more, effortlessly weaving darker emotional themes with upbeat instrumentals, interpreted differently each spin depending on the listener’s mood.

“The number one difference, lyrically anyway, between More Harm and Grief Rights is that it is so much more personal to me and my experiences as opposed to just like me putting bits and pieces of myself into these long narratives. And so that was a big tone-setter for me. It was just finding different things like with the guitar sound like we’ve never done. The other thing was leaning into acoustic guitars a lot on this new record, even though I barely play one live, having different sonic textures than we had on the last record, but I never really leaned into.”

The Honest Heart Collective have developed a great reputation for their live shows but it’s not always easy, especially says Ryan, here in Montreal.

“We’ve played Montreal, like probably almost 10 times now, I think. And it’s just never gone our way. Every time it’s just either there’s an event going on somewhere else or like one time we played there and we played this small hole in the wall bar. I forget what it was called. But we showed up and the Habs were playing the Tampa Bay Lightning, and it was the Stanley Cup semifinals. And it was just packed and we were like, this is going to be so sick, but then the bartender goes, well, you guys can’t load in until after the game. We’re like, what? Oh, okay. But then they (Habs) lost so everybody went home and then we got set up and as we’re setting up, the bartender goes, yeah, there’s a midnight curfew. It was like 11:15. And we’re like, oh, okay, great! So that was pretty funny. But yeah, I’d like to get to Montreal again really soon. Hopefully opening for somebody else. That’s like the big-ticket right now is trying to get those support slots that we can have. And so we can know that we’re actually going to play for people. We’re going to play in front of different people every night, so we can keep growing our fan base.”

Watch the full interview with Ryan below:

More Harm is out now via AWAL. 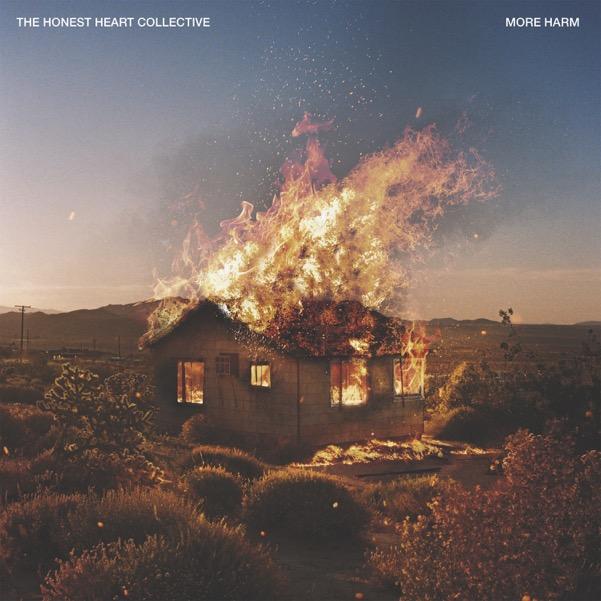