Please allow me to open this up with a tangent rant. Metropolis is one of the greatest Montreal entertainment institutions. Montrealers have collectively sweated, wept and bled more in this hallowed venue than anywhere else. Yes, I’m including Energie Cardio. So changing its name was not a good way to endear yourself to Montrealers. But now, when I enter and see the lobby looking like the set of an Imagine Dragons video, well, you’ve just brought it to a new level. I could go on, but this night belongs to music. 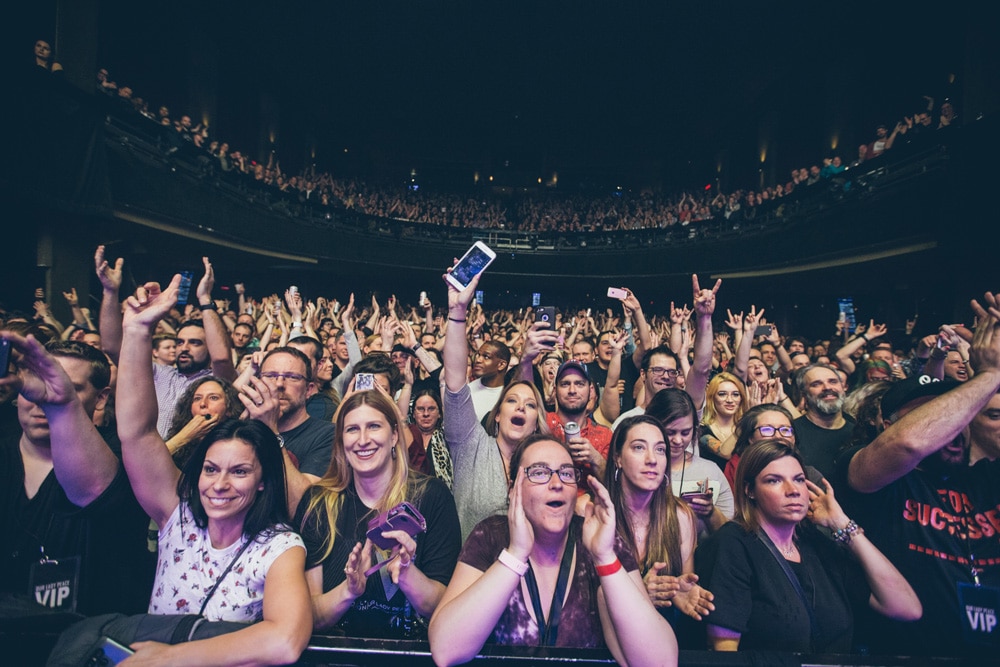 Canadian bands that only draw large crowds within our borders typically fall into one of two categories. There are the bands that greatly benefit from the laws forcing radio stations to play a certain amount of Canadian content and there are the bands that for the life of this great nation and we can’t figure out why the rest of the world doesn’t get it.

I’ve always considered Matthew Good to fall into the first category. There’s nothing wrong with his music, there’s just nothing that particularly stands out about it either. It’s the paint-by-numbers of radio rock. Simple riffs, catchy choruses and a voice that sounds like you put Matchbox 20, Goo Goo Dolls and Third Eye Blind in a blender. 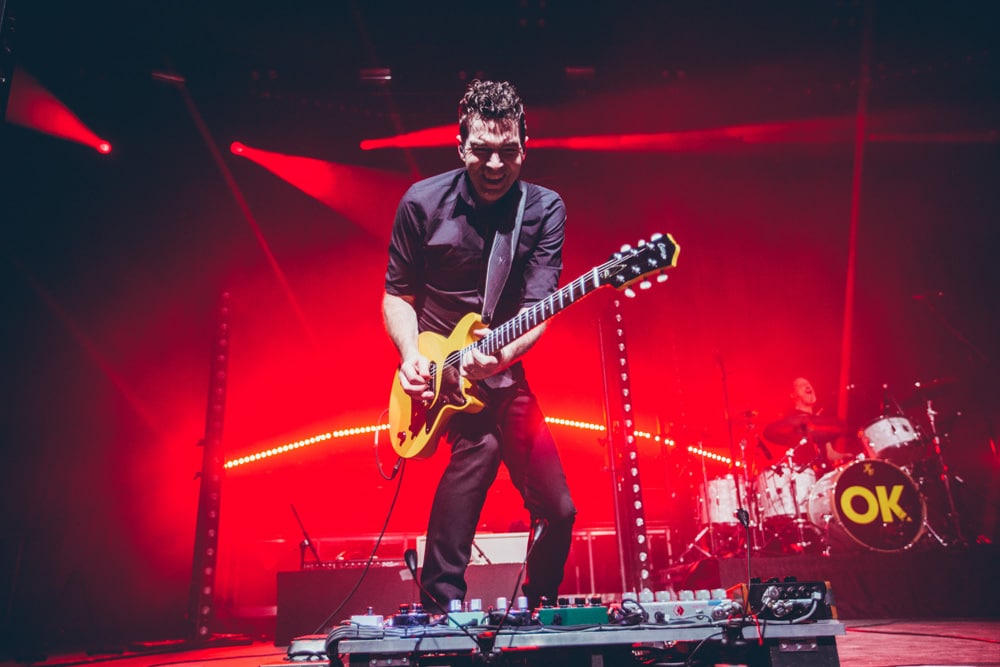 Well, I’m happy to say that after my first opportunity to see him perform live, my opinion of him has gone up a few notches. Good is a truly endearing performer. He comes across humbly on stage and has a great connection to the crowd. Playing a mix of his solo material and the Matthew Good Band songs that local rock radio has kept on heavy rotation for a decade. Honestly, I challenge you to listen to CHOM for an hour and not hear “Apparitions”. Montreal obviously knew and sang along to every word.

There is also more depth to his music than what comes on the radio. This set was a pleasant surprise that gave me a desire to explore his catalogue in more depth, which is why bands spend so much time on the road, so bravo to Mr Good and his new band, which I guess are Matthew Good’s Band without being the Matthew Good Band.

Next comes Our Lady Peace, who I’ve always put in the second “how the hell does the rest of the world not love this band?” category. Survivors of the 90s alternative rock boom, it’s hard to believe that not only are these guys still going strong but have been doing so consistently since they released their debut Naveed 24 years ago. 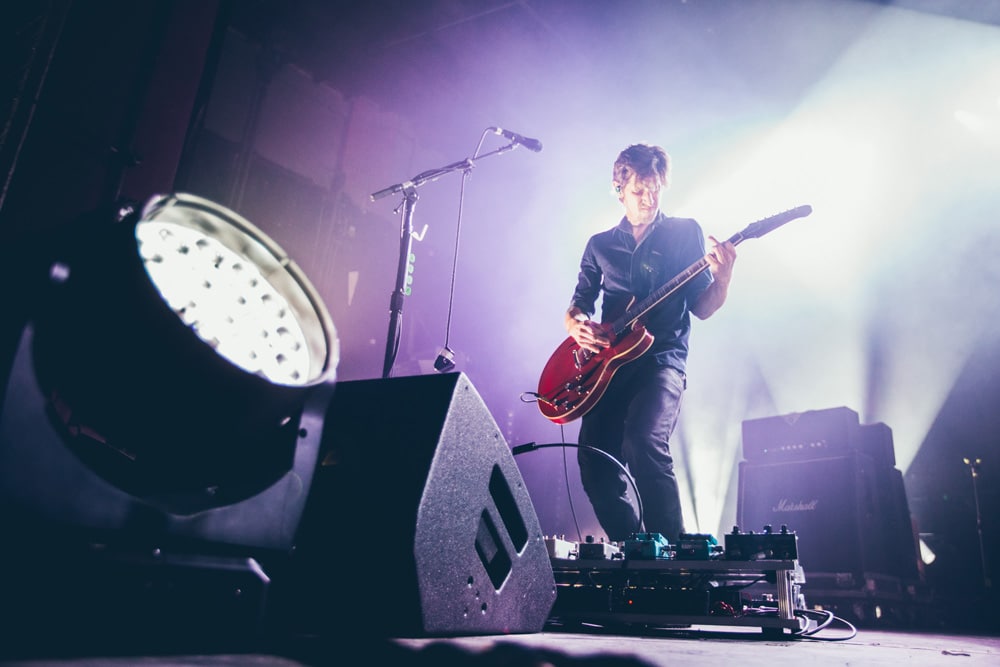 They started off softly with “Angels/Losing/Sleep,” but then wasted no time kicking into high gear with the ubiquitous “Superman’s Dead” which had the crowd drowning out the house as they sang along. But that’s what I think of when I think of an Our Lady Peace show, people singing along, swaying together, whether it be a rocker like “Clumsy” or a ballad like “Is Anybody Home?” And none more so than “4am” which closed out the main set, which had the whole crowd, seemingly both friends and strangers, arms around shoulders singing “if I don’t make it, know that I loved you all along.” 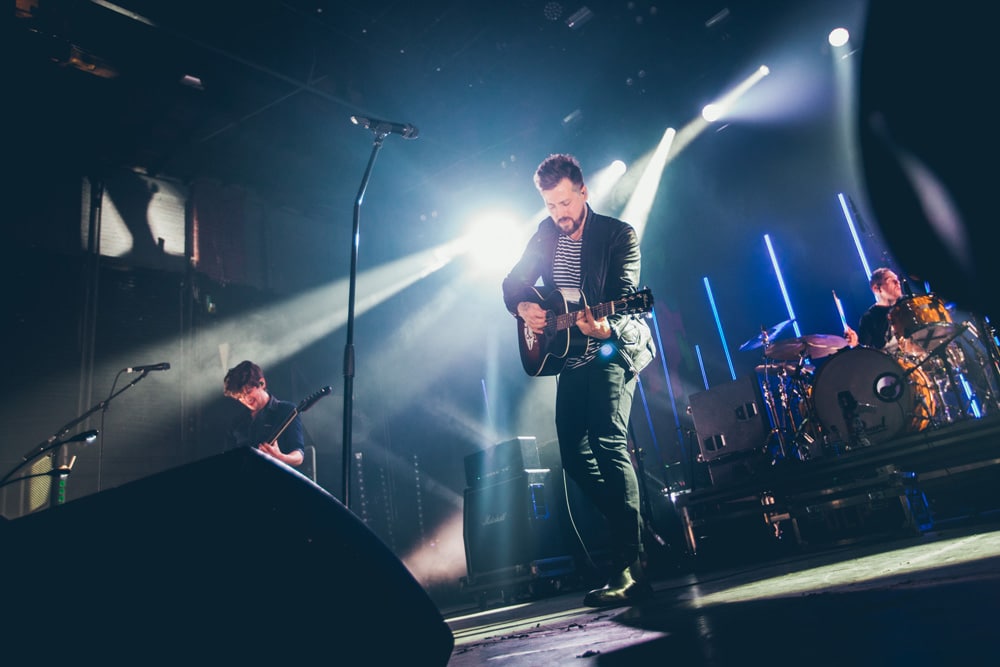 A standout to the main set was their cover of “Maps” by the Yeah Yeah Yeahs. In the 2+ decades I’ve been attending Our Lady Peace concerts, this was the first time I’ve seen them do a cover since they had enough material for a full set. It was a great cover.

The encore began with a huge cheer when vocalist Raine Maida dedicated the next song, “Ballad of a Poet” to the man the song was written about, “some guy named Gord.” He then invited Matthew Good to come back out with his band and they all jammed on Good’s “Hello Time Bomb.” I love when bands collaborate like this live. It shows that despite the years they’ve spent on the road, they still love music and love performing and the comradery of the road. A great cap to a great night of Canadiana.